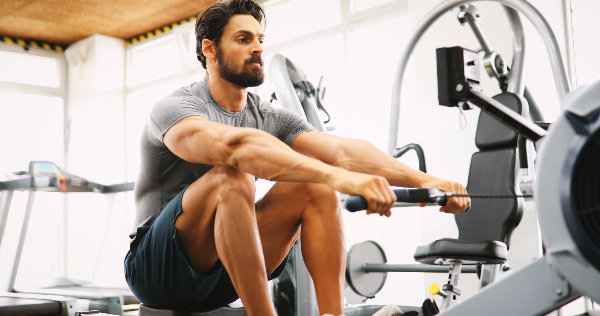 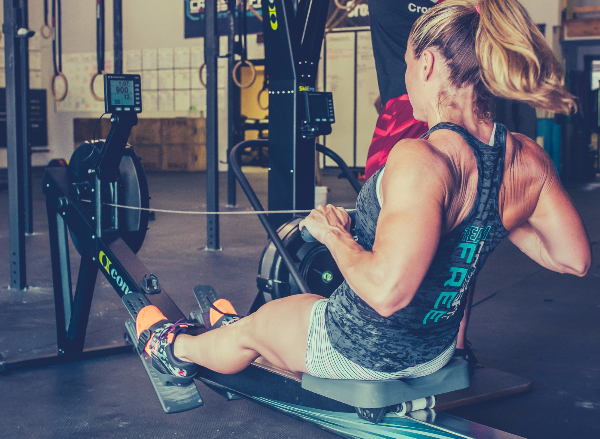 When exercising on the indoor rower it is logical to try to go faster by focusing on the drive phase of the stroke; putting in more effort and power and increasing the stroke rate in order to chase a quicker target split. Indeed, this approach is important to rowing faster, but there is another key part of the stroke that will determine whether these faster splits are sustainable, or if you could be capable of going even faster again. We are of course talking about the recovery phase of the rowing stroke, when the body returns up the slide in preparation for the next stroke. With good technique on the recovery, not only will you be able to set up well for the next stroke sequence, but you can also achieve a better rhythm at various stroke rates, and a more relaxed, efficient rowing technique.

If you imagine you are sitting at the end of the drive, with your legs extended, body tilted with your weight on the back of the seat, and the handle drawn in to your chest; this is the position and phase of the stroke where the recovery sequence begins. The recovery sequence can be thought of as the drive phase in reverse. The drive phase is often described as a technical body sequence in the order of legs, body then arms. To reverse this order, the arms lead, followed by the body, and then the legs. This sequence should happen fluidly, with the movement of the hands, body and legs working in order seamlessly. For guidance, follow these steps:

The Arms: This movement takes the handle from the chest and extends forward until the arms are loosely extended. As the arms are approaching half extension, the body begins to follow.

The Body: The body’s movement is to simply tilt forward, shifting your weight from the back of the seat to the front. This will make it easier for the legs to follow, and establishes the body angle relative to the legs that you will want to drive back from in the active phase of the stroke. Just like with the arms/body, as you bring your weight forward, allow the legs to start moving out of their extended position. By positioning your bodyweight on the front of the seat before rolling forward, you will also be in a stronger position to control the speed you travel up the slide on the recovery.

The Legs: It is important to keep the legs extended until the body has tilted forward, and the handle has passed your knees. It can be a useful visual guide to watch your knees as your handle travels forward through the movement of the arms and body, to make sure they aren’t breaking before the handle has moved beyond. Once your knees begin to bend, your arms and body should be in the position you want them in for the drive phase, while your legs will simply return you to the catch in order to take the next stroke.

With recovery sequence in the correct order, you are in a commanding position to control the rate at which you move between strokes, and influence over the rhythm and timing of your stroke. Stroke timing is often talked about as a ratio of 2:1, whereby one second spent on the drive phase should result in two seconds spent on the recovery phase. Whether or not that is your exact proportion, the important thing to remember is that the recovery is slower than the drive. By taking time on the recovery, and executing the sequence in the correct order, a rower can establish a strong position to take into the catch, allowing a smooth, direct transition from the recovery phase to the drive phase.

In order to increase stroke rate along with increased power on the drive, the recovery can be accelerated by moving more quickly out of the finish of the drive phase. The recovery sequence should remain in the same order, with the arms moving the handle away from the body at the same speed it was drawn in on the drive, with the body and legs following suit. It is important to establish the correct sequence at the beginning of the recovery phase even at the highest stroke rates, in order not to compromise correct body position moving into (and out of) the catch. To reach ratings beyond 38 SPM, top rowers will first resort to shortening the length of their stroke in order to move more quickly, rather than compromise form on the recovery.

All in all, rowing coaches agree that establishing the correct recovery sequence is a key factor in ensuring rowers have a strong driving position at the catch, enabling for greater overall rowing technique and efficiency. In achieving correct technique on the recovery and drive phases together, you will not only be well equipped to row faster for longer, but also be adaptable to a range of different stroke rates and training approaches which can make rowing sessions more enjoyable and motivating.