Home > Blog > INTERVIEW: Mitchell McClenaghan Gains in the Gym for Performance on the Pitch 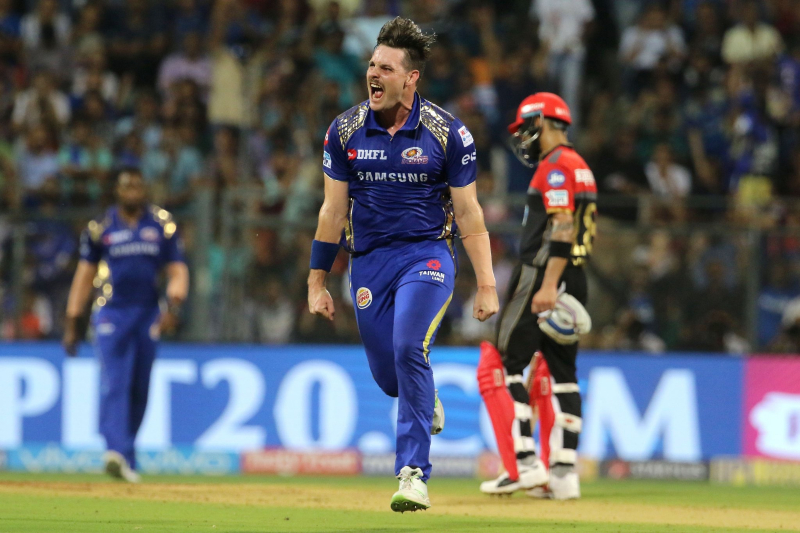 INTERVIEW: Mitchell McClenaghan Gains in the Gym for Performance on the Pitch

Here at Concept2, we are privileged to have the opportunity to connect with athletes across a range of sporting codes that look to our machines to help take their performance to the next level. Recently, we were lucky enough to chat to Kiwi cricket star Mitchell McClenaghan about his Cricket career, his future plans, and how he uses the Concept2 Indoor Rower to stay match-ready. Check out the full interview below!

How old were you when you started playing cricket? What was it about the sport that appealed to you?

I think I was about 7-8 years old, My friends were all playing and I went down to watch and then basically started playing to hang out and play sport with my mates.

At what age did you begin to specialize as a bowler? How did you identify bowling as the right specialty for you?

Around the age of 19/20 I started to take bowling a lot more seriously. I went to Australia and England and played a game against Mitchell Johnson and at that point I wanted to bowl fast like him. He wasn’t overly accurate at that stage and my dad convinced me not to try and bowl medium pace to be accurate – rather try bowl fast and not stress about where the ball went.

What was the progression to national level like for you? When did you start to see cricket as a career?

I started professionally around the age of 21, although it was semi-professional in terms of money (around 20k a year) not really enough to call it a long-term career option at that point so I was studying to set myself up if cricket didn't work out. I didn't really see cricket as a career until I was selected for the Blackcaps, as the increase in pay was enough to make it a legitimate career opportunity. From that point on, preparation and performance became vitally important to me to maintain that career as contracts are only of a one-year duration.

Mitchell McClenaghan in action for the Mumbai Indians

All athletes have their ups and downs, what are some of the high points in your career so far, and any obstacles you have had to overcome?

2-years into my semi-professional career with Central Districts I fractured my pelvis and tore cartilage in both my hips which resulted in 3 surgeries over an 18-month period. I wasn’t offered a contract with Central Districts in favour of some young players coming through, so I moved back home to live with my parents and try and find a job. I worked as an extra on the set of TV shows like Spartacus until my hips had healed enough to try and play cricket again. At the time there was an opportunity to be in the wider squad in Wellington or stay in Auckland, play club cricket and try train with the Auckland players. My theory was that if I wanted to play for NZ in the future, the best place to train was in Auckland where I could compete day in, day out against proven internationals in Kyle Mills, Chris Martin, Andre Adams, Daryl Tuffey, and Micheal Bates. I thought if I could force myself into this side with players of this caliber then I would be ready for international cricket faster, rather than playing for an association where I would have had more opportunity, but may not have had to fight as hard to establish (and retain) my spot in the side.

Where are you at with your cricket career now? What are your goals for the future?

Cricket is a forever changing landscape at the moment, I have been lucky enough to forge a good career in T20 cricket and have been playing in numerous tournaments around the world. Saying that I haven’t given up on playing for NZ and with 2 world cups coming up in the next 2 years it's an exciting time to potentially play in NZ again.

Cricket requires a diverse set of skills, you are a specialist bowler but also have to field, and bat in the order- how do you train for the diversity of roles you will fill in a Cricket match?

It used to be that if you were a bowler then you weren’t expected to be able to bat and therefore it didn’t matter if you couldn’t. The psyche around this now has changed – I spend hours on my batting to be capable of hitting the ball out of the park from ball 1 at the end of the innings. The same goes for fielding – particularly in white ball short-format cricket, as games can be won and lost in the field. There is no point having a bowler who bowls 4 overs for 28 if he costs you 10 runs in the field – teams are slowly catching up with the times and identifying how significant it is to be able to trust your bowlers in any position in the field.

Do you have any athlete role models that you look up to? What do you admire about them?

Not anyone in particular in all honesty, I think what I do appreciate in an athlete is not the fact that they can get to the top, but how long they can stay there. Lebron James, Michael Jordan, Tom Brady, Rodger Federer, Tiger Woods, Jack Nicholas – all got to the top, but their ability to keep their bodies in shape over such a long period of time and also deal with the social and mental pressure that comes with being at that level is incredibly admirable.

What is your personal philosophy on Health and Fitness?

Health and Fitness is an incredibly important part of preparation. If you fail to prepare then you're preparing to fail it's as simple as that. If you're not fit enough to execute your skills under pressure and fatigue then you won't have a very long career at all. Same if you skip out on your nutrition, you're not giving your body the best chance to recover – poor recovery means a higher risk of injury and I think that’s pretty self-explanatory when it comes to how that can affect an athletes career.

What type of training are you doing at the moment?

Currently, as I'm getting a bit older I do very little running, so I resort to HIIT training at F45 which incorporates cardio and resistance training into short-sharp, well-programmed sessions. A lot of my cardio outside this is done on rowers and bikes to take pressure off my joints while giving me the maximum opportunity to increase and maintain my fitness.

How were you introduced to F45 Fitness? What is it about this gym model that appeals to you?

I was introduced to F45 by my sister who had been training for around a month and suggested that it would be a good way for me to lose some weight after another bout of bone injuries. What made it appealing was that I could train in a group environment but also go at my own pace and not feel self-conscious if I couldn’t do some of the exercises or keep up with other people. Training with other people is a great motivator, but the last thing I wanted to do was be the last one back through the door in a workout and be clapped like its some kind of achievement. Every session in F45 is time-based so I can do as much or as little as I want in that 20 to 40-second interval and not be judged for it – Me against Me in a motivation environment- it doesn’t get any better.

Mitchell training on the Concept2 Indoor Rower at F45

What role does the Concept2 Indoor Rower play in your workouts personally, and as a part of the F45 circuits?

In F45 the Concept2 Rower is built into our cardio workouts to really get the lungs burning in short-sharp intervals. I use the Concept2 Rower at home to do similar efforts. For cricket in particular, it is a long game with short-sharp periods of max exertion repeated intermittently. My favourite session is to try and replicate these efforts on the rower and improve the speed of my recovery from these efforts. The set I do is:  6x30sec on/30secs off @max for 3-5 sets.

What do you enjoy most about training on the Indoor Rower?