What a week! The 2018 Maadi Cup regatta had it all- tight racing, photo finishes, school’s adding new pieces to their rowing history, and of course weather dramas. For busy athletes with multiple A-Finals on their program, the weather-induced shift to a single finals day was challenging, but for the spectators it was an action-packed day of rowing entertainment to which few other regattas can compare. The standard of rowing was impressively high, and the spirit of competition and school rivalry as lively and proud as ever. There will have been many memories forged at this year’s regatta, too many to include them all in this blog, so here are just a few Maadi moments that caught our eye over the week…

A particularly special Maadi moment for the Concept2 team was the very first presentation of the Aon Maadi Legacy Initiative. Thanks to principal sponsor Aon, and Laszlo Boats; we were able to partner to present the winners of the Boys’ and Girls’ U17 singles with a brand-new Laszlo single scull, and a pair of Concept2 oars to take back to their schools. The aim of the initiative is to help schools grow their rowing programs by adding to their rowing plant, and to inspire new generations to take up the sport at school.

The Boys’ race was won by Jack McLaughlan of John McGlashan College in an exciting sprint finish with St Peter’s sculler Jason Nel, with just 0.25secs between them on the line. While in the Girls' event Mollie Gibson of Ashburton College took the win over U16 1X single winner Shakira Murfin from Southland Girls' with Rebecca Leigh of St Peter's less than a second back in third.

We can’t wait to see the Aon Maadi legacy winner’s boats and oars in action at Maadi next year and congratulate all the athletes who challenged for this year’s events. 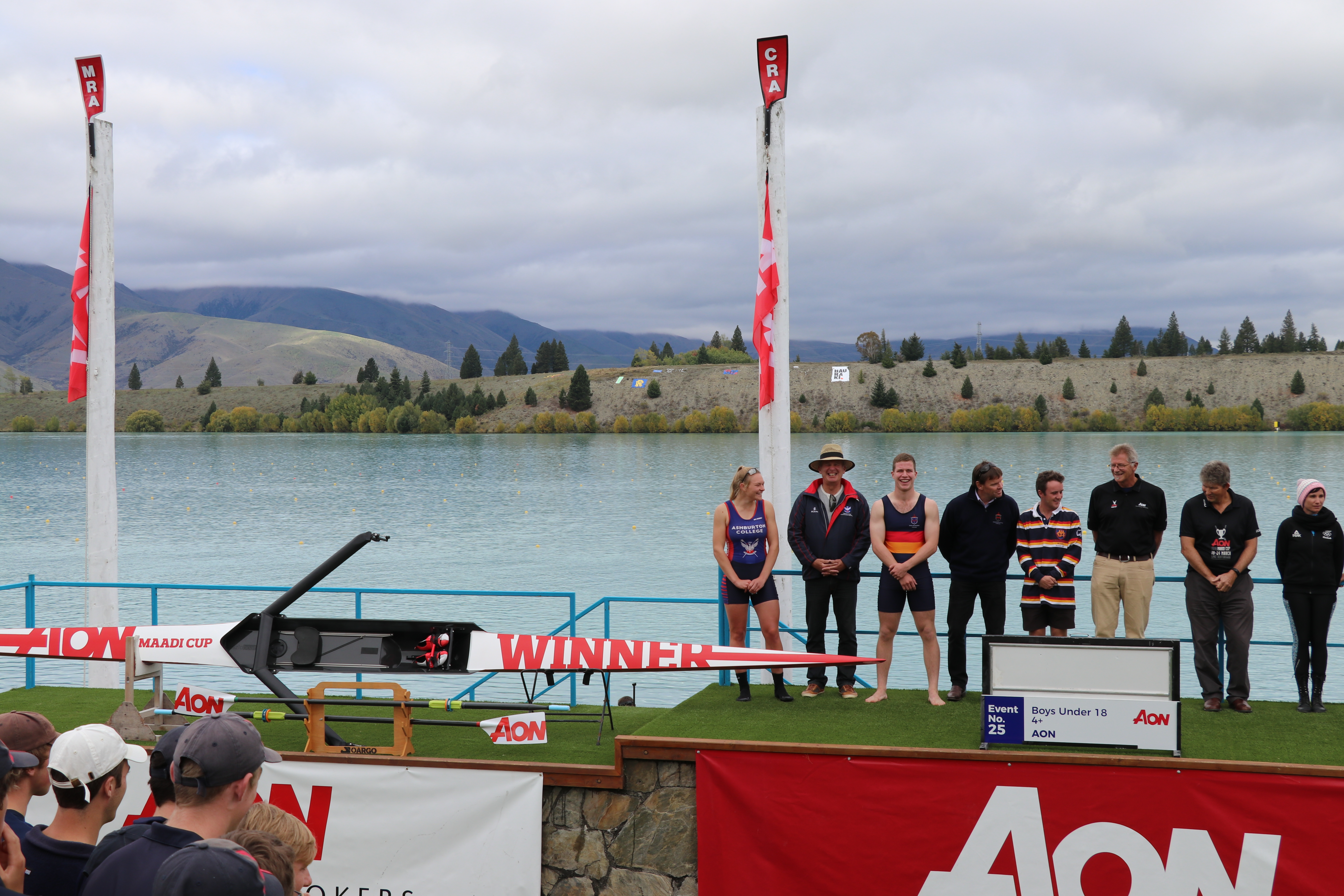 The U18 Pairs events are prestigious races on the Maadi program, as the only pairs events of the regatta. For aspiring rowers these boats can be a challenge to get right, coordinating one oar on each side in a smaller, less stable boat than a four or eight isn’t as easy as it looks. The U18 pair is the first opportunity school rowers get to give this boat class a crack, and this year’s winners were impressively adept.

In the Boys’ event the crew from Westlake Boys’ High School of Blake Bradshaw and Angus Shotter took control of the race in the early stages, going on to win with an impressive 6 second margin over second place-getter's Christchurch Boys’ High School, with clear water on Auckland Grammar in third. 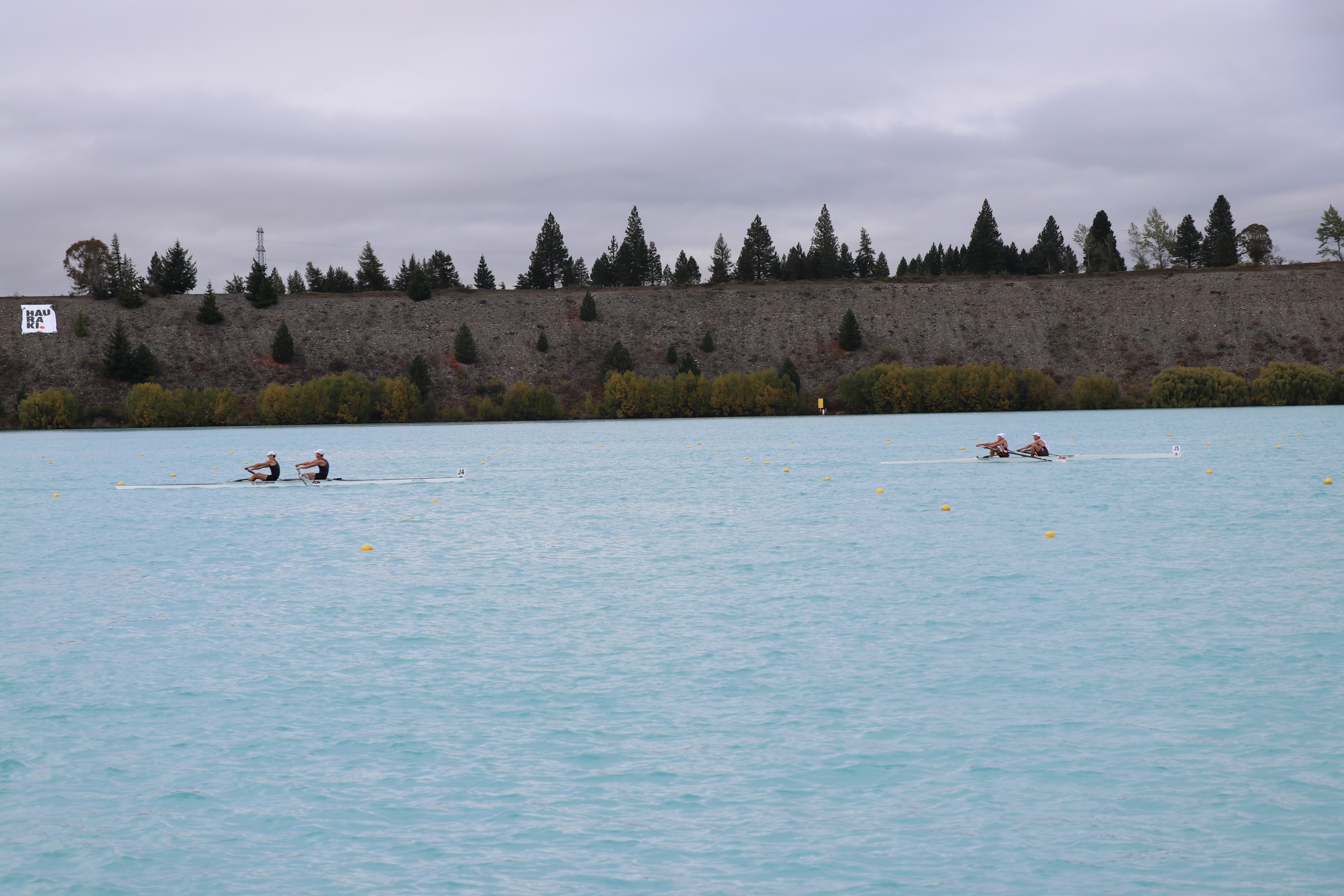 In the Girls’ event the St Peters crew of Briana Perry and Brooke Kilmister took their first win of the day with a 3 second margin over Waikato rivals St Paul’s Collegiate with Baradene College claiming the Bronze. It would prove to be the first victory of a busy run of finals for the talented pair, which leads us to the next memorable moment on the list…

It was certainly a Maadi to remember for St Peters School! The Cambridge based school has long run a successful Maadi program, but had yet to add the U18 8+’s to their winner's lists. The Girls’ U18 8+ event, the Levin Jubilee Cup, came at the end of a long, busy, and successful day for the school. The Girls’ crews had already taken out the Dawn Cup for the U18 4- and the U18 pair, with the eight standing as the last U18 sweep event left to claim. 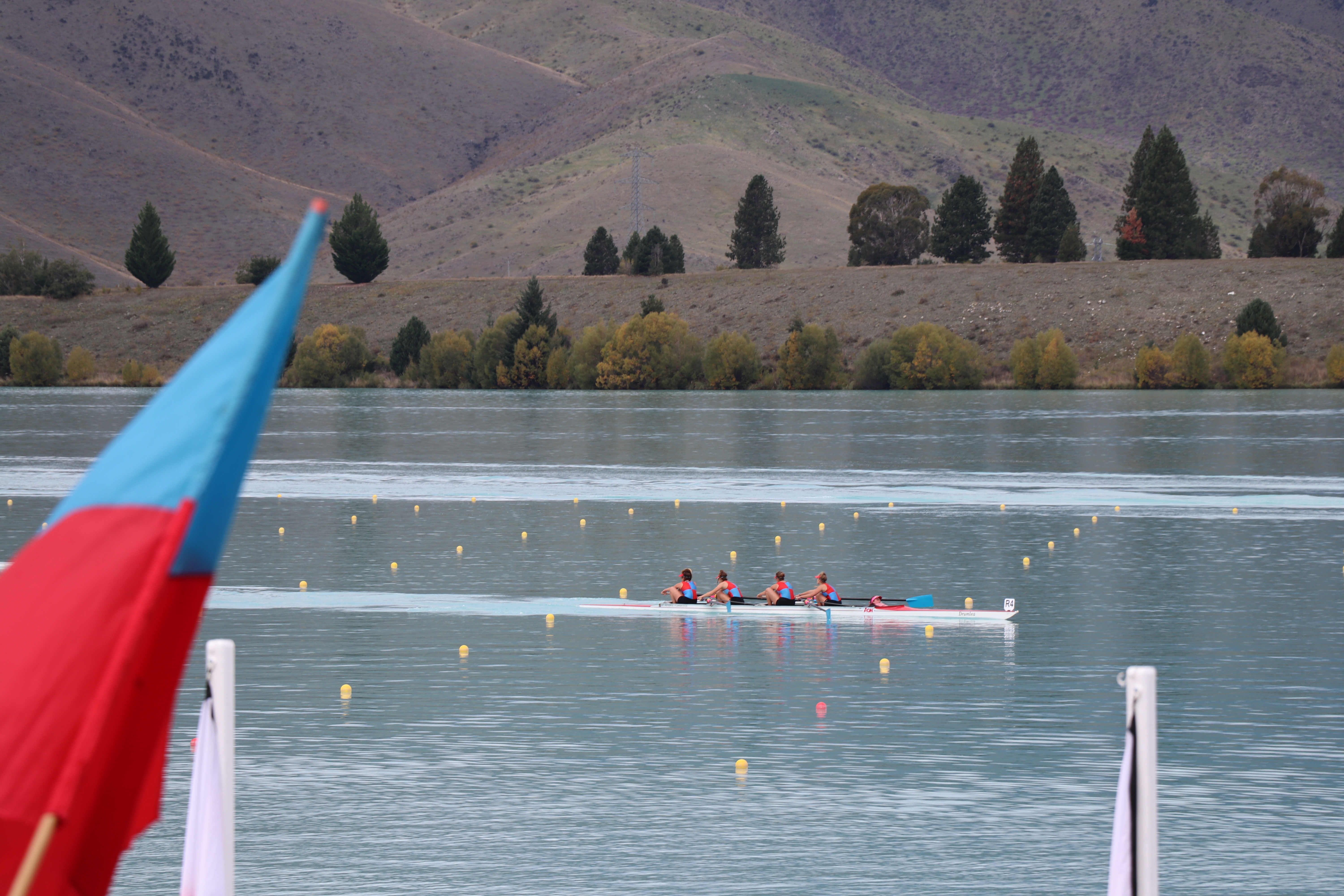 St Peter's on their way to victory in the Dawn Cup

Not leaving anything to chance, the St Peter’s crew went out hard, leading the race at the 500m mark, and throwing down the challenge to Rangi Ruru, Waikato Diocesan and Epsom Girls to chase. The early margin proved to be insurmountable for the other schools, with the crew of Briana Perry, Brooke Kilmister, Morgan Blind, Anna Cairns, Rebecca Leigh, Katie Bell, Amy Butler, Kaylin Wren and cox Lauren Gibb, crossing the line in first with a 3 second margin over Rangi Ruru in second, and Waikato Dio in third. The history-making row was a dream finish for St Peter’s, who also went on to claim the Star trophy for top school overall. 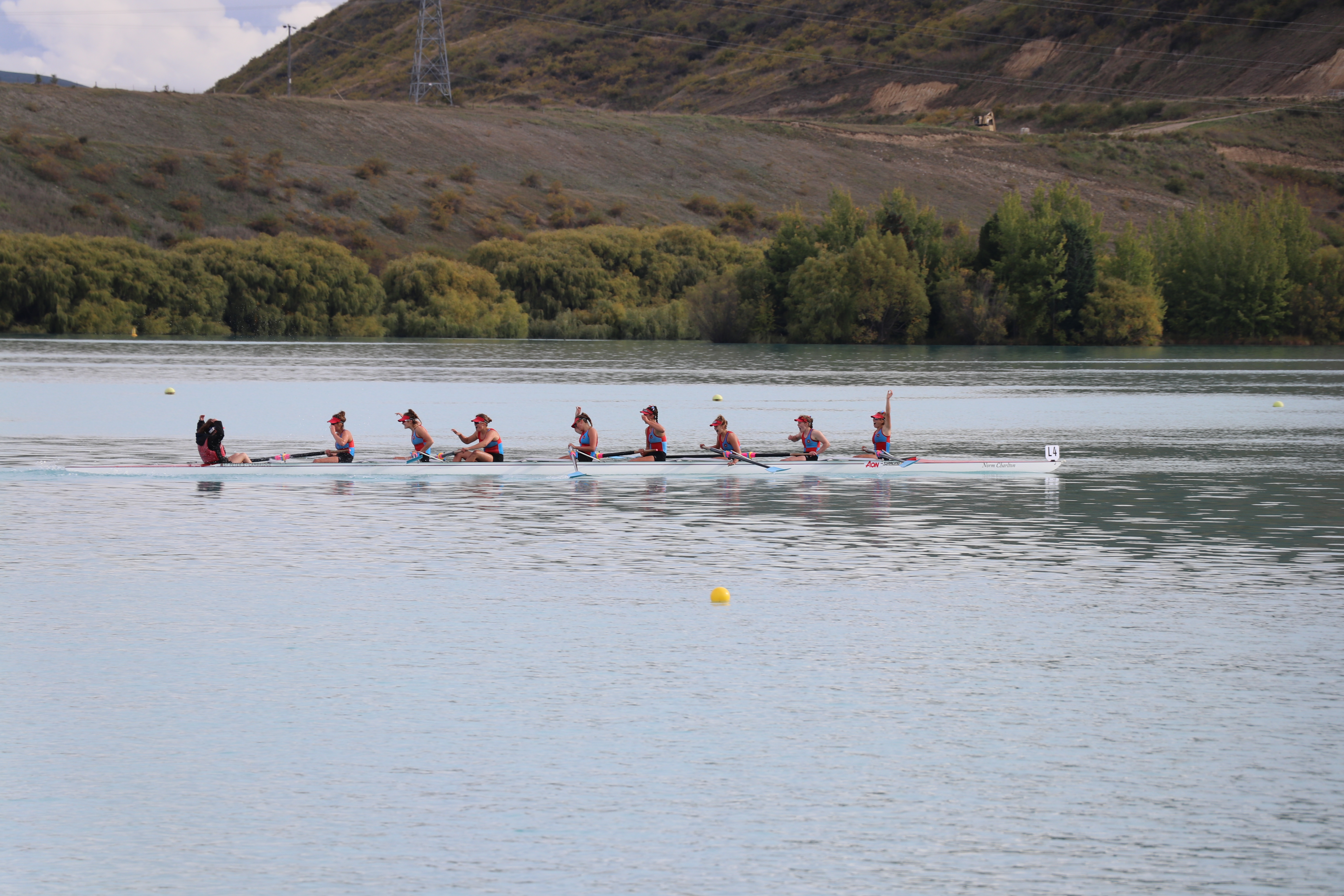 St Peter's celebrate their historic win in the U18 8+

Christ's Win the Maadi Cup... and 3 out of 4 Eights Events

You can’t mention the 8+’s at this year's Maadi regatta without talking about Christ's College. Most notably of course, the school claimed it’s 12th win in the Maadi Cup U18 8+ event, taking a two second victory over Hamilton Boys’, with clear water back to Christchurch Boys’ in third. But Christs' 8’s dominance doesn’t stop there, looking into the younger age groups the school also took wins in both the U17 and U16 events. With a crew in the U15 8X+ rather than the 8+ (an event the school also won) the school raced three eights events at Maadi and finished with 3/3 wins. With such impressive depth in their 8’s program, it's fair to say Christ's College will continue to be strong Maadi Cup contenders for at least several years to come! 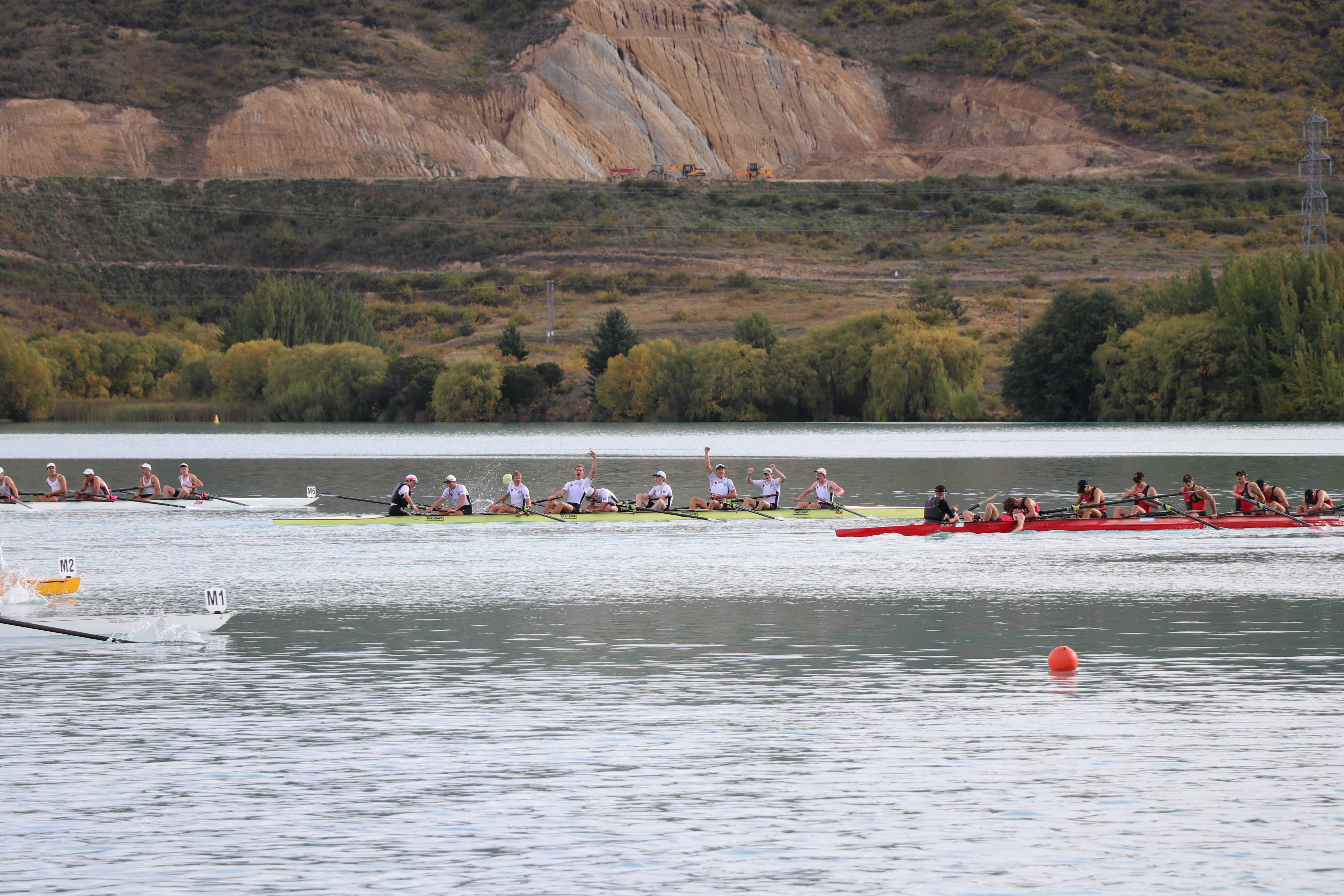 Hamilton Boys’ High School already has the record for the most ever wins (15) in the Springbok shield- the fabled trophy for the Boys’ U18 Four, and they had a race on their hands to earn victory number 16. The Christchurch Boys’ High School crew of Mathew White, Will Gilbert, Tom Woelders, Jack Chapman and cox Henry Shaw, took the challenge to the Hamilton crew of Campbell Crouch, Ryan Campbell, Flynn Watson, Elliot Jenkins and cox Mitchell Kay, with both schools rowing stroke for stroke through the last 500m. Coming into the line the Hamilton crew surged ahead, taking the win by just 0.17 seconds. The battle between the two boats, ending in the narrowest of winning margins; only added to the lustre of the already prestigious event, and a particularly proud moment for the Hamilton crew as they extended their schools already impressive legacy. 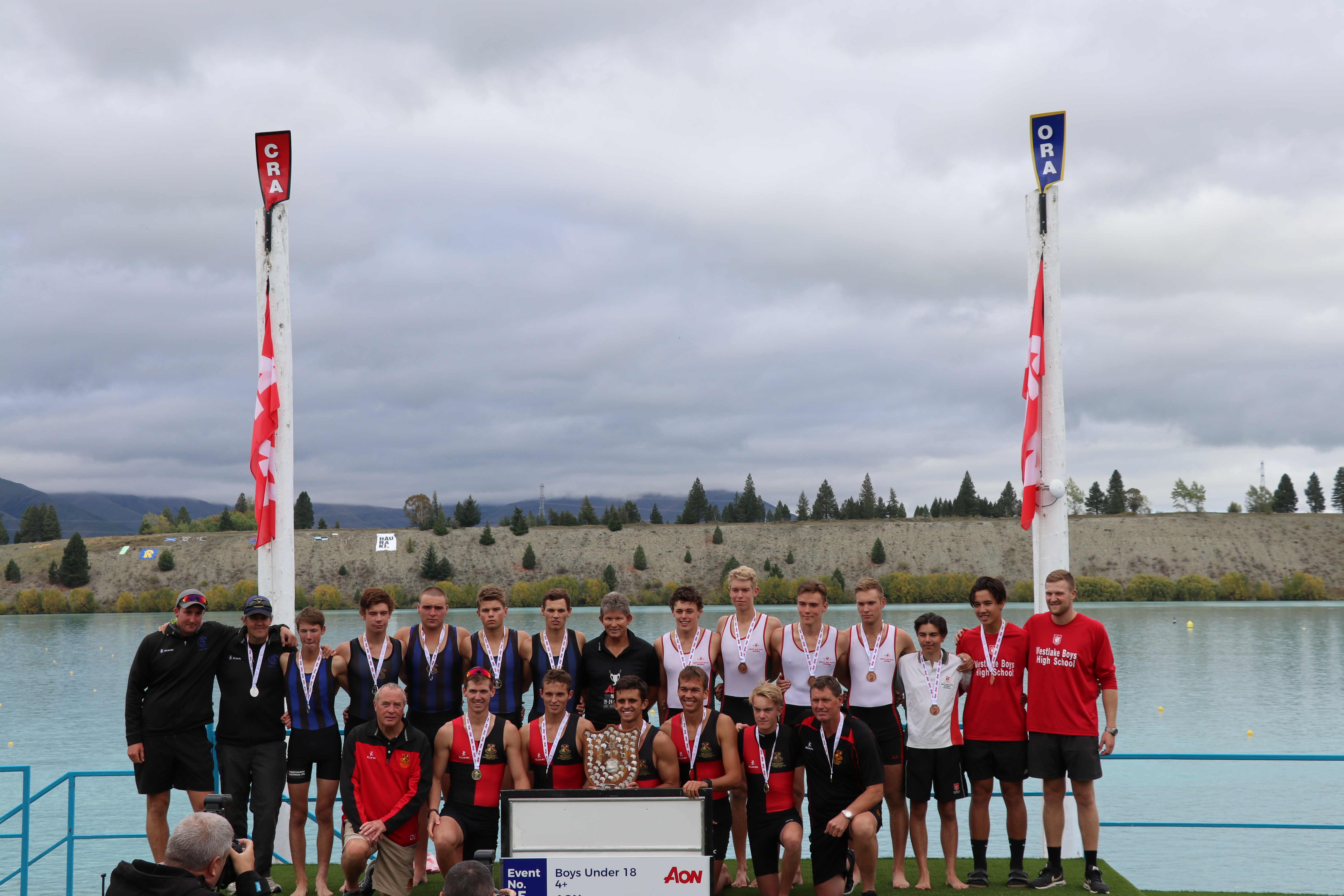 Hamilton Boys' extend their legacy as winners of the Springbok Shield

As the only solo event in rowing, the single sculls always intrigue as the ultimate one-on-one test. The U18 singles events at Maadi extend a proud tradition of singles racing in New Zealand to the very best school athletes in the country, and the class in this year’s fields was no exception. In the Boys’ event, South Island champion Jack Gibbs (Roncalli College) battled with Fergus Ritchie (Lindisfarne) and Jonte Wright (Wanganui Collegiate) for the title, crossing the line with a clear water margin over Ritchie in second. The win would be Gibb’s first ever Maadi victory, a special moment for the Timaru sculler, and a signal no doubt of a bright future to come.

In the Girls’ event, one name stood alone as the one to beat. Veronica Wall had already won the U18 single sculls twice- a feat equal to only a few other scullers. Such is her dominance in the sculling events, by the time she lined up for the U18 single she had already won the U18 double and would later add the U18 quad to her list of victories. Wall’s performance in the winning the U18 single was everything you might expect of someone with her winning history, powering to the line with long strokes to take the win in 8.08.41, 7 seconds clear of the field. A fitting way to top off a stellar school rowing career, and certainly a name to look for in the future. The Girls’ U18 singles final also featured gutsy performances from second place-getter Phoebe Trolove (Craighead) and Bronze medallist Kathryn Glen (Villa Maria). Far from intimidated by their accomplished competitor, Trolove and Glen chased hard and earned themselves some memorable hardware to show for it.

These are just some of many memorable moments from Maadi 2018 that we were honoured to witness. Congratulations to all the athletes that competed, and all the coaches, supporters and volunteers that make this event so special and successful!