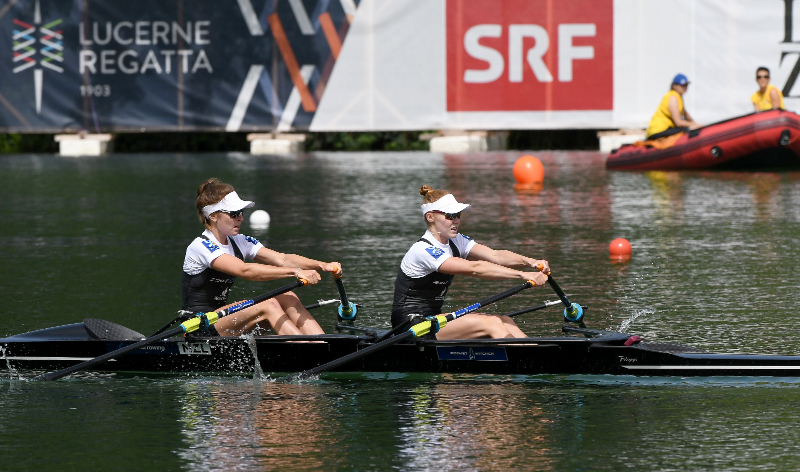 World Cup III Lucerne- the final hit-out for the Kiwi team before the
2018 World Rowing Championships- starts this Friday!

Check out the Kiwi crews taking on the Rotsee, their A-final race times, and the international competition that will be trying to chase them!

Note- A-final times have been determined from a provisional schedule and may be subject to change.

The highly anticipated head-to-head between Robbie Manson and Mahe Drysdale for NZ’s only single sculls spot at September’s World Championships will take place at the Lucerne regatta, and it is promising to be an exciting showdown. While Drysdale opted out after the heats in Linz due to illness, he has since shown encouraging form in taking silver at the Holland Beker regatta (behind longtime rival Ondrej Synek) and winning the Diamond Sculls at Henley for the 6th time in his career.

Meanwhile, Manson came out on top in Linz in an exciting race with German scullers Tim Ole Naske and Oliver Zeidler, continuing his streak of success over the NZ domestic season and proving he won’t be displaced easily. Whatever the outcome, the excitement and anticipation around these two impressive scullers can only be a good thing for the sport, and a treat for spectators.

James Lassche made a solid start at world cup II, his first international outing in a sculling boat, finishing 5th in the lightweight single amongst a classy field that also featured other ‘former-lightweight four sweepers’ Martino Goretti (ITA, 4th Rio 2016) and Thibault Colard (FRA, 3rd Rio 2016), all making the switch to sculling in a bid for Tokyo 2020. Lassche has a proud history in Lucerne, as a four-time champion with the Kiwi lightweight four (2013-2016); fond memories he will surely bring with him to this next step on his sculling journey.

The retirement of James Hunter at the end of 2017 sees a new Kiwi combination in the pair for 2018, with Michael Brake moving out of the Men’s 8+ to join 2017 Bronze medalist Tom Murray. Lucerne will be the first regatta of the season for the duo, both suffered injuries over the winter which unfortunately kept them off the start-line in Linz. No doubt the pair will be eager to get their international season underway, and they won’t be short of competition to test them in this first outing- all three medalists from world cup II will be lining up on the Rotsee among a large field totaling 28 entries.


Defending world champions, Chris Harris and John Storey were pipped on the line for 3rd in Linz with Great Britain, Germany, and Switzerland taking the podium honors. The British crew will sit out this next regatta, but the Kiwi’s will have their shot to try to turn the tables on the German and Swiss crews in Lucerne as they look to build their form over the season towards defending their title at the world championships in September.

6th in the A-final in Linz marked a solid start to the season for the men’s lightweight double, competing in their first international regatta together, and the elite rowing debut for bow-seat Ben Van Dalen. The field in Lucerne holds some new challenges for the duo, notably the Irish O’Donovan brothers who skipped Linz in favor of last weekend’s Henley regatta. On the flipside, the Belgians are the only podium crew from Linz competing in Lucerne with the Italian and Norwegian crews notably absent, but the Kiwi’s will have fellow Linz A -finalists France and Poland in their sights as they look to improve on a strong first outing.

5th in the A-final in Linz showed good progress for the Kiwi men’s quadruple scull, with the crew holding close to a tight field in the first half of the race, to ultimately finish just a few seconds shy of the medals. While the Italian champions from Linz will not be present, the Lucerne regatta offers new challenges to the Kiwi’s in the form of 2017 world champions Lithuania, with Estonia also joining the lineup alongside strong crews from the Netherlands, Germany, and Australia.

The Men’s Eight came agonizingly close to making the A-final in Linz, finishing just .01 of a second short of qualifying in the repechage. World champions’ Germany took out the final, which also featured strong performances from the Netherlands (x2) and Australia; all of whom will contest Lucerne. Look to see the Kiwi’s in the thick of the challenge for places for the A-final line up of six, with historically strong crews from the USA and Russia also joining the contest.

Hannah Osbourne started the season with a respectable 8th place in Linz amongst a classy field of women’s single scullers, won by defending world champion Jeannine Gmelin. Gmelin will be on home water in Lucerne as she seeks to continue her unbeaten record in 2018, among a large field of 23 entries that also includes 5 fellow A-finalists from Linz. Osbourne will be looking to build on her opening performance and hope to break into the exclusive six-boat final for the first time, although she will no doubt be wary of the likes of Canada’s Carling Zeeman, and Ireland’s Sanita Puspure- notable scullers entered for Lucerne among those who did not compete in Linz.

The Kiwi crew of Kerry Gowler and Grace Prendergast kicked off the season in Linz with another dominant victory in the women’s pair, maintaining their status as the undisputed #1 crew in this boat class. While the Kiwi’s look nigh on unstoppable, they will face new challenges from the USA, France, Canada, Spain, and Ireland; all entering crews that did not contest the Linz World Cup. Whether or not any of these crews can phase the Kiwi’s remains to be seen, but either way, we can look forward to some exceptional pair-oar rowing in action on the Rotsee.

Another crew to continue their winning ways at the season opener in Linz was the women’s double of Olivia Loe and Brooke Donoghue. The Dutch crew had a narrow lead at the 1000m, but the Kiwi’s produced a powerful second half that appears to have become their signature move, taking the win with just over 2 seconds to spare. A revised Dutch combination will have another run at the Kiwi’s in Lucerne, with the 2017 world championship silver medalists’ from the USA also joining the field for World Cup III.


The women’s lightweight double sculls produced one of the closest finishes of any A-final in Linz, including three-way photo finish for bronze in which the Kiwi’s had to settle for 5th- just three seconds behind winners Italy. Of the Linz A-finalists, only Poland and Switzerland join the Kiwi’s in Lucerne, but they will be met by world cup I silver medalists South Africa, and two new combinations from Canada, including one featuring Jennifer Casson- the newly minted world-record holder on the Indoor Rower for 2000m.

The Kiwi women’s eight kicked off the 2018 season with a silver medal in Linz, finishing within striking distance of winners the Netherlands. The crew will be encouraged by the performance, finishing ahead of reigning world champions Romania, and four seconds clear of the third-placed Australians. Lucerne will hold new challenges for the crew in the forms of Canada and the USA, alongside the Netherlands, China, and Australia.

Go Fast Team! We Back You All The Way!